"Nicola Sturgeon wants to extend the NHS central register, which is already the `most complete and authoritative record of individuals in Scotland`."

"It currently covers about 30 per cent of people living north of the Border, but ministers want to extend this and share information stored with more than 100 government agencies - including HMRC for tax purposes."

"A similar population register was ditched south of the Border when controversial and expensive plans for ID cards were scrapped in 2010." 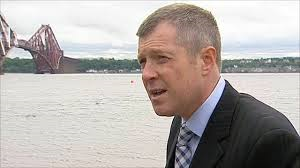 "Scottish Liberal Democrats leader Willie Rennie yesterday slammed the SNP over their record on civil liberties as he set out plans to abandon the Big Brother database and give citizens new rights over private information held by public bodies."

"Ms Sturgeon is also under pressure to scrap the SNP's `state guardians` after two-thirds of Scots judged the scheme to be `an unacceptable intrusion` in a recent poll."

"Only 24 per cent of those surveyed believe every child in the country should be given a named person to look after their welfare."

"The survey for the Christian Institute also found 50 per cent of parents believe the Government wants to interfere too much in family life..."

"Mr Rennie accused the SNP of `eroding our traditional freedoms here in Scotland`."

"He added: `Civil liberties are inalienable rights that need to be protected vigorously. Whether we are talking about the creation of a new Big Brother database that the experts say would put our privacy at risk, the industrial scale use of stop and search on children as young as five years old, the SNP's record does not bear scrutiny.`"

"Liberal Democrats would give citizens new rights to see who within public bodies has accessed their data."

http://www.express.co.uk/news/uk/664030/Threat-civil-liberties-SNP-Big-Brother-plans-slammed?utm_source=feedburner&utm_medium=feed&utm_campaign=Feed%3A+daily-express-news-showbiz+%28Daily+Express+%3A%3A+News+%2F+Showbiz+Feed%29
Posted by Alice Moore at 15:24

Email ThisBlogThis!Share to TwitterShare to FacebookShare to Pinterest
Labels: databases