In the Scottish garden, Named Persons will be `head gardeners`

"Parents will have their status in the family downgraded by the Scottish Government’s controversial "state guardian" plan, campaigners have claimed."


"They said documents suggested that children in schools across Scotland had been told their new "named person" should be regarded as the `head gardener` while mothers and fathers are merely `gardeners`."


"The No To Named Person (NO2NP) group said the comparison was made when the legislation was being considered in 2012 by the Children’s Parliament, which describes itself as Scotland’s `centre of excellence for children’s participation and engagement`."


"It spoke to more than 100 children in different schools to help them try to understand the legislation, which will see a named person appointed for one million young people under the age of 18 from August."


"Children were encouraged to imagine Scotland as a garden, with each child a plant growing in it."


http://www.telegraph.co.uk/news/2016/04/28/new-row-over-named-person-as-campaigners-claim-parental-role-to/
A plant appears at the beginning of the following video which is too big to capture. (See youtube link below picture] As the video scrolls up the plant, it can be seen that each leaf has one of the SHANARRI wellbeing indicators on it. At the top of the plant is the flower which consists of a circle with petals around it. The meaning of that becomes clear. 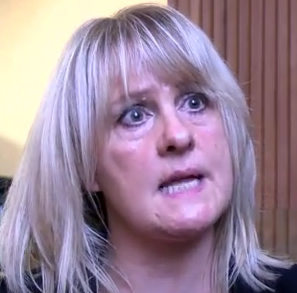 It`s moving away from the previous notion of the silos that we worked in to the spiral diagram that represents Getting it Right for Every Child; which is the child at the centre, with those services [PETALS] that they need wrapped as closely around them as possible, drawing the help they need through positive relationships that exist, rather than passing them on from one agency to another.

And I thought, that was all there was to it; one joined up Enabling State with a stranglehold on children, until recently. Because if that was not bad enough, what has been happening is even more sinister.


I had recognised that children are instructed in school about GIRFEC and the plant analogy is often used. Beyond the convenience of pinning SHANARRI indicators on leaves (sometimes branches of a tree) I had not seen the full significance.

We have approached this incrementally, one step at a time; introducing practitioners to the concepts, raising their awareness, getting health to design the paperwork so that they are part of the solution and then incrementally beginning to use that in practice. So we have tried to manage it in a way that`s manageable for practitioners and not overwhelming.

An eco-approach - let`s not even go there with the symbolism. One step at a time, indeed ! They have also managed Scottish children (via the Children`s Parliament) by getting children to see themselves as plants and the Named Person as the chief gardener - and never a word about that to parents. All incrementally managed just fine as August approaches.
Have a look at another video: Children's Parliament: Having Our Say... https://www.youtube.com/watch?v=xdpZLPnHYLw
Children were given the opportunity to have their say at a fun event with the Children`s Parliament.
A girl, given her voice, says this: "Family is the most important thing to me and to other people as well."  It echoes with the other children.

But these children and their parents are being undermined by a one party communitarian state which would put Named Persons in charge, with all the trappings of the joined up apparatus around that.

This government wants parents to be the last people to cotton on to this. They know that day is coming; they just want it all stitched up before that day comes.
Posted by Alice Moore at 16:38