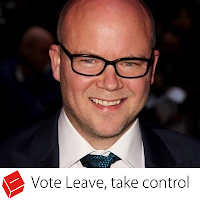 "Much like Johnson, Toby Young promotes his views in the guise of the ‘pillock’; forever half-joking and openly advertising his propensity to gaffe, as a kind of cover for likely outlandish or offensive statements. This evasive character was amply on show in his ‘memoir’ How to Lose Friends and Alienate People."


"However, given his media voice, Young’s political opinions are neither private nor funny. They are even less amusing when we consider his role in running a ‘free school’ – the Tory-promoted scheme handing control of publicly funded schools from local authorities to private individuals. And still less so when we consider his miserabilist views of what makes for ‘intelligence’ or ‘socio-economic success’."


"In a podcast on the Spectator website, Young advocates a solution to poverty and long-term unemployment – ‘progressive eugenics’. Responding to an article by the magazine’s editor Fraser Nelson, decrying the trend for ‘designer babies’ – which Nelson calls ‘eugenics’ in order to highlight ‘the warnings from history, should [this technology] get into the wrong hands’, Young mounts a remarkable defence of what he calls the ‘progressive’ use of a long-discredited ‘science’..."

"One way of addressing long-term unemployment and declining rates of social mobility – entrenched poverty being passed on from one generation to the next – would be, once we have the technology to discover which embryos, in-vitro, are likely to be very intelligent – and geneticists believe that that technology will come on stream in the next 10-15 years – once that technology’s available, I was proposing sort of half-seriously that it should be made available for free on the NHS to the people at the bottom end of the socio-economic and IQ scale. Not compulsory, obviously, but it should be made available for free to those people, if they want it, so they can guarantee that they will have intelligent children"
https://surrealale.wordpress.com/2016/03/31/should-an-advocate-of-eugenics-be-allowed-to-run-a-publicly-funded-school/
Posted by Alice Moore at 05:08