"A woman convicted of arson after a family of five had to flee their home when she allegedly set fire to their shed will serve her sentence in the community. Melanie Shaw ... was found guilty of starting a shed fire and throwing paint on a Sherwood family’s home last month."
"Despite denying the charges, she was convicted by a jury’s unanimous verdict of arson, being reckless as to whether life was endangered on February 1, and damaging property at the same house on June 26."
'Returning to Nottingham Crown Court on Thursday, December 11, she was given a community order for three years with supervision from the probation service. Judge Michael Pert QC was satisfied Shaw suffered from mental illness and told her: "Because you are ill, I’m not going to send you to prison."

"She was banned by a five-year restraining order from contacting the victims of the arson attack or going to their address. Shaw thanked the judge for his time as she left court as her many supporters, who attended her trial, clapped as she left court." 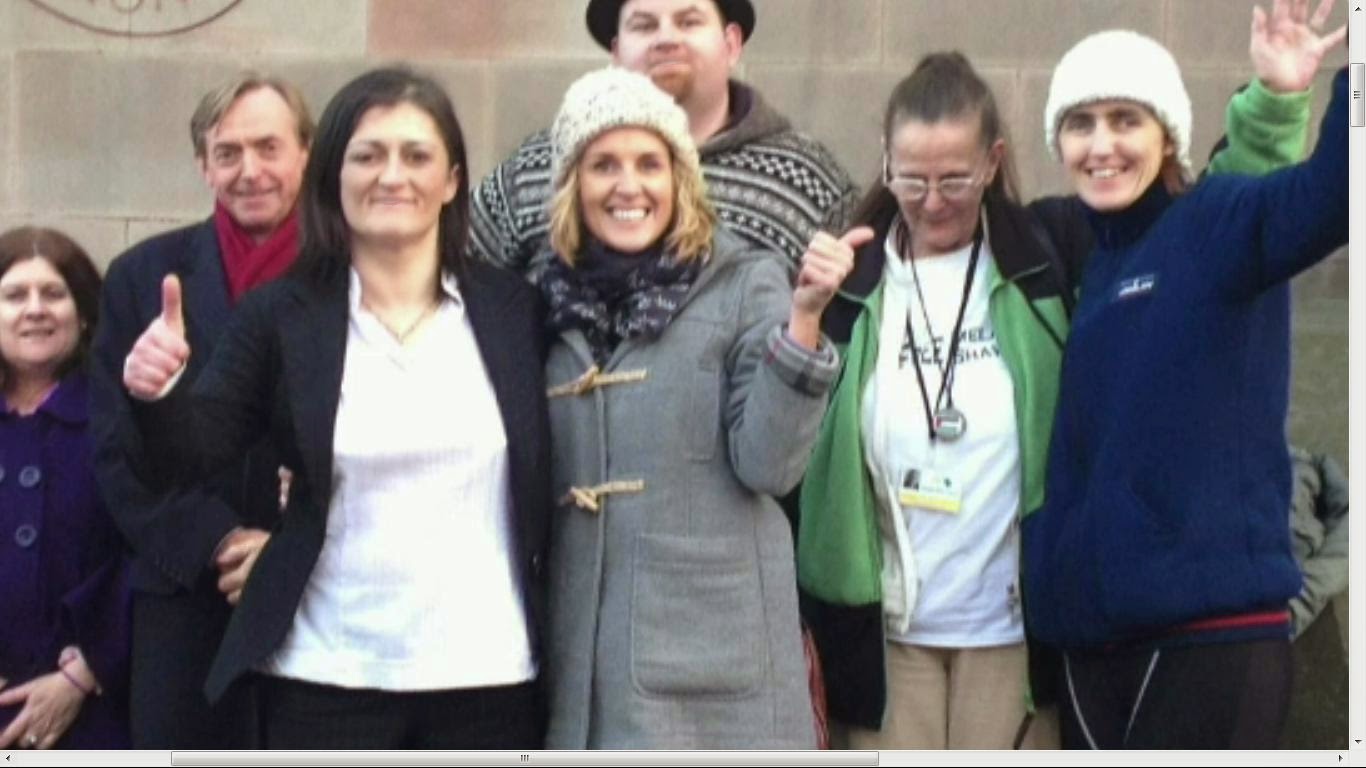 
Brian Gerrish from the UK Column who attended the court gives a different version of the case.

Melanie Shaw is a child abuse survivor who was a whistleblower in connection with her own and other children`s abuse at the Nottinghamshire Beechwood care home. She reported that as well as physical and sexual abuse some children were suicided, or murdered, on site.

Nottinghamshire police began an investigation called operation Daybreak and more victims came forward. The council paid out compensation to some victims but through civil, not criminal action, which meant no perpetrators were brought to book.

Then Melanie Shaw was given a friendly warning that if she kept speaking out, the council would remove her son. After a report from one of Melanie`s neighbours social services got involved and put her son into foster care. After that they attempted to brand Melanie as mentally ill and have her sectioned, an attempt which failed at that time.

Melanie Shaw was not convinced that operation Daybreak was a proper investigation and she believes that police lied about doing certain interviews when she knew it was not possible. The grounds of the care home were never searched despite the allegations of murder and the council sold off the site.

It was then that Melanie was charged with arson and throwing paint at a neighbour`s wall; yet 999 police calls have no record of the event, nor does the fire service. The police got mixed up with the date of the fire and there are other discrepancies in the evidence. Let out on bail one of the conditions was that Melanie must stay away from her neighbour. When this neighbour appeared at her door Melanie Shaw called the police. It was then that Melanie was arrested and held in secret until the UK Column tracked her down.

Whilst on remand in Peterborough prison Melanie Shaw was examined by a psychiatrist for an hour, at a point in her life when Melanie was having her medication withheld and was very vulnerable, who said she was mentally ill and delusional. Her own longterm psychiatrist who has a different view was not called on to testify about Melanie`s mental health.

The judge at the trial, who was reported to have been napping during some of the proceedings, said that operation Daybreak was a `conspiracy theory.` This is despite the fact there were 90 victims who came forward and some of them were paid compensation by the council. The sentence of three years probation has the effect of silencing another whistleblower of child abuse and the psychiatrist`s report means that Melanie has lost her credibility as a witness.