GPs, housing officers and charities to spy on families

"The Scottish Government’s `named person` plans will involve recruiting family doctors, housing officers and charities to `spy` on families, campaigners against the legislation have claimed."


"The `No to Named Persons` campaign based its claims on documents produced at meetings held to oversee how the scheme, which will be rolled out across Scotland in August, will be put into practice."


"Every child will have a `named person`, who will act as a single point of contact, with the ability to share information with social and other services if there is cause for concern about the way a child is behaving or being brought up."


"It is being operated as a pilot scheme in several areas of the country including the Highlands, Edinburgh, Fife, Angus and South Ayrshire."


"The Home Education Forums, which support the No to Named Persons (NO2NP) campaign, have analysed detailed documentation from the board meetings."


"One document suggests that Ms Campbell was keen to involve GPs, even though doctors were reluctant to breach patient confidentiality."


"The document, dated February 2013, said: `Issues with GPs, due to their structures and contracts… The minister was keen that more work with GPs was done to break the barriers."


"Another document mentioned the role that could be played by housing officers. Dated March 2012, it said: `importance of linking in with housing personnel was also raised, as they are often the only ones going into a house`."


"Nearly a year later, another document said: `working with housing was very productive as they had access to information and were supportive`."


"The role that could be played by charities and voluntary groups was discussed in a document dated June 2012."


"Last night, an SNP spokesman said: `We are clear that we want everyone to take responsibility for protecting and promoting children’s well-being.  Most people would view this as a good thing.`" [Out of touch with reality, I think.] 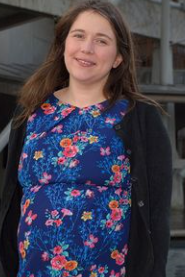 Although they were meant to continue until August 2016, the committee meetings were scrapped after Police Scotland raised concerns about the effects of the Named Person process on high risk children.
Getting the data, by any means, seems to have been the priority for the Children`s Minister.