100 days after the Mazars report nothing has happened

"Three years ago, aged 18, Connor drowned in a bath at Slade House, a residential unit run by Southern Health, an NHS foundation trust. His parents had brought him there a few months before, after he became aggressive and violent, and they found themselves unable to cope. `It felt as if we were buying a bit of time for everyone, including Connor,` Richard says. `These guys were professionals, Connor would get some support. We thought it was a terrible thing to have to do, but it was fair. Within a few days we thought the place wasn’t very good. But we never, ever thought he wouldn’t come out.` "


"In October last year, a jury delivered a damning verdict, that serious failings and neglect had contributed to Connor’s death. Two months later, an astonishing report by audit firm Mazars, commissioned by NHS England in 2014 at the request of Connor’s family, found that Southern Health had failed to properly investigate the deaths of more than 700 people with learning disabilities or mental health problems, over a four-year period, from 2011 to 2015."


"In a statement to the Commons on 10 December last year, health secretary Jeremy Hunt said that the Mazars report had raised serious concerns about Southern Health, which cares for about 45,000 people in Hampshire, Dorset, Wiltshire, Oxfordshire and Buckinghamshire..."


"But 100 days on from the Mazars report, [Sara Ryan] is beginning to think she was naive. `We thought the report would become a national priority for action. And nothing has happened.` She is looking at the possibility of bringing a class action, with other families, against Southern Health, one of the largest mental health and learning disability trusts in England..." 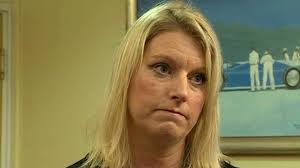 Katrina Percy
"In December, Sara called for the chief executive of Southern Health, Katrina Percy, to resign. The trust acknowledged the failings documented in the Mazars report: `We fully accept that our processes for reporting and investigating deaths of people with learning disabilities and mental health needs were not always as good as they should have been.` But it also defended its record, stating that, `National data on mortality rates confirms that the Trust is not an outlier and it`s rate of investigations is in line with that of other NHS organisations`. (`As if that makes it all right!` Sara says.)"


"Percy made a public apology: `Connor needed our support. We did not keep him safe and his death was preventable.` She added that many changes had been made since Connor died. Percy is still in post."


"For Sara, the Mazars report crystallised what she had always suspected. `It’s a eugenics thing,` she says. `There’s no value attached to their lives.` "