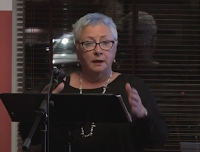 "SCOTLAND, like the rest of the UK and much of Europe, is an increasingly unequal society."


"Poverty and inequality are what stunt children’s lives and these things cannot be tackled by caseworking the entire population of children. Instead, housing, jobs, income, education, health services and the environment are the basis for the overall wellbeing of children. It is these that are, or should be, the business of government, rather than the micro-management of family life."


"However micro-managing is just what the 'Named Person' law, and the Getting It Right For Every Child policy it comes from, set out to do. These measures are part of the popular un-progressive dogma that it is predominantly parents’ behaviour and choices that shape children’s lives...."


"This and the relentless focus on 'risk' have created an authoritarian rather than a supportive approach, certainly in social work, my own profession. This has made child and family social work increasingly disliked and distrusted among the very families who should be being helped, and made the job increasingly stressful for social workers."


"I believe that this authoritarian approach to families is being extended with the introduction of the Named Person legislation. Not only will there be more families under investigation, but stress and risk aversion will permeate further into education and health services."


"They, too, will be judged on factors that they can’t control – poverty, despair, stress caused by structural inequality. What we have with the Children and Young People Act and its Named Person provision is a conflation of need and of risk. It is in essence an attempt to 'casework' the whole population of children and families, and will bear particularly on the poor, the different, the most disadvantaged..."


"I have heard the justification that 'families are where children are abused' often, but families are more usually the place that keeps children safe and happy, and parents are more usually children’s defenders and champions against the often casual carelessness or cruelty of services. Children separated from their families in care and in schools are more vulnerable to abuse than children who remain within their families..."


"The Named Person role and responsibilities do not come with any power to allocate homes, food, clothes, holidays, home helps, or even just therapeutic or health services. There are fewer services on the ground providing practical help and those that do are facing the biggest cuts."


"But the Named Person juggernaut is set to roll on. I think that last paragraph says everything that needs to be said about wrong priorities for legislation and for services."