Joining the dots at UK Column

On screen appears a letter to Sally Ann Kelly, Chief Executive of Barnardo`s from the Local Government and Communities Directorate, Third Sector Unit.

"Yes, just under 3/4 of a million pounds and that`s gone to Barnardo`s and a few other charities and they`re running a system of integrating the third sector with the general GIRFEC framework... So this is the system of looking after children in families, through education, in healthcare, that permeates every aspect of the Scottish Government."

"We`re now seeing the third sector, the charitable sector, brought into that fully in detail. So they`re involved in the planning of new developments - they`re involved in every aspect of it - there is in functional terms no difference between the government and these charities."

Mike Robinson asks: "And this is the gentleman who`s done this; is that correct?"

"This is Gareth Allen of the Scottish Government.  He`s all over this. If you google, you`ll find a lot by him encouraging charities to come on board and talking to charities and you can even look at his slide show presentation which explains exactly how it`s all done and how wonderful it`s going to be in the new Scotland. Now the letter there, that award letter was written to the, then, head of Barnardo`s Sally Ann Kelly... Martin Crewe is now head of Barnardo`s... She`s moved on to another charity and this is also a charity dealing with children in Scotland, receiving Scottish Government grants, backing the Named Person scheme wholeheartedly overall for the state snooper scheme... And they are entirely in the pocket of Government. And this lady is running the show there and I`m sure she has lots of contacts which will ensure the Aberlour Trust here will see a great deal of financial support from the government."

"Yes and little piggy bank for the donate button. It`s all very jolly and as though it`s child friendly but you`re quite right. It`s not there to be read by children."

Mike Robinson puts another document on screen. Funding for the Getting it Right for Every child GIRFEC third sector national project.  "And you wanted to highlight this:"

"Right. What that means, because it`s a bit, you know, central government gobbledygook; what that means is that there`s going to be a whole series of things called Community Planning Partnerships. They will then enter into formal written agreements with central government. They will involve, not only local authorities and police.. NHS and other services but they will also involve... integrated... third sector charities ...Barnardo`s and Aberlour. So they will have a seat at the table. They will form these written agreements with central government. They will then apply government policy, including [the] Named Person, data gathering and complete state surveillance of the family."

Gerrish responds: "This is the third sector or the Third Way which, of course, Tony Blair was absolutely boasting about back in 2001/2002 - if I`ve got my dates right. So unaccountable people in the NGOs` quasi-government systems. Now it`s all being rolled in together. This is Big Society...It`s communitarianism is the closest description I think we can get to it."

"Right, so Joining the dots is the core document that underpins GIRFEC. This is the Named Person and all of these things. So this is the defining document. Now you will be pleased to hear it was an independent document; it was an independent report, so that`s ok and it was headed by a former Labour MSP but she clearly didn`t write it. The person who seems to have written it is, in fact, this lady, Laura Meagher. [James Hutton Institute] Now she`s a very interesting lady... She came to Scotland ... from America, and she came to Scotland at a very interesting time, 1999.  And this is not the first time I`ve found this. When you look at the people who are actually generating the ideas, they all arrive in Scotland in 1999. Why? Because we`re getting a new parliament."

"What happened was people came from all round the globe - globalists if you like - to influence the policies of that new parliament because it was a clean slate. So where Scotland thinks it received a degree of independence, what`s actually happened is we`ve got globalists, think tanks and people influencing the policy behind the scenes and the change from Westminster to the Holyrood parliament simply opened up a new opportunity for these people to control what we actually do. And we`re seeing the policy of the Scottish parliament actually being set by people such as Laura Meagher."

"And we`ve got a number of other people involved in producing this document. One is the Centre for Confidence and well-being.  Now the Centre for Confidence and well-being is meant to be Scottish because Scots are meant to lack self confidence, ok? I don`t know if you noticed that; that`s the allegation.... [It] is in fact Common Purpose sitting on a thistle because all of the people seem to have huge Common Purpose links, including Mr Alf Young here. Very friendly looking chap. I like the smile ...and what`s his background?"

Mike Robinson says: "Well from 2007 he chaired the Glasgow Advisory board for Common Purpose."

"Yes... so what you`ve got is the import of the ideas from America [and] the UN via American universities. That`s brought in. We`ve got Common Purpose providing the organisational infrastructure to actually get everything set up and ... then we have assorted charities and quite a few PR companies ... Charities give cover and the appearance of it being from the people and the PR companies get the message out. And that`s what we`ve got. That`s the origin of GIRFEC. That`s the origin of the Named Person. It did not come from Scotland. It did not come from our politicians. It came from elsewhere." 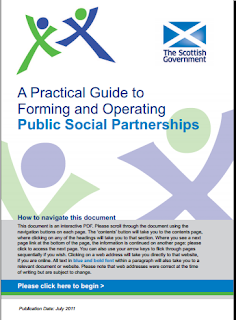 The ideas also came via Westminster: See http://alicemooreuk.blogspot.co.uk/2016/01/thinking-about-future.html
Posted by Alice Moore at 16:03