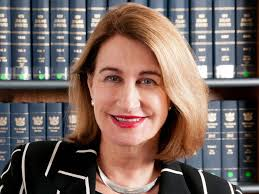 "Justice Lowell Goddard is set to announce this month that the troubled inquiry into child sex abuse will hold hearings sooner than expected."


"One option for some initial hearings is to examine why Sir Cyril Smith, the late Liberal MP, was not prosecuted on three separate occasions for sexually abusing boys even though there was enough evidence."


"Exaro understands that the overarching inquiry into child sex abuse (CSA) has asked the CPS to hand over a copy of all its files - including police reports - on Smith so that it can hold hearings, which are expected to be in public, into the failure to prosecute the politican. Last year, Exaro forced the CPS to disclose one damning police report on Smith from 1970."


"A spokeswoman for the inquiry said: `There are going to be a series of announcements this month, and these will include which cases the public hearings will tackle.`"


"However, the DPP`s refusal to charge was reversed in June after a review, and the case is expected to be heard as a trial of the facts."


http://www.exaronews.com/articles/5697/csa-inquiry-plans-to-start-hearings-soon-after-series-of-mishaps
Posted by Alice Moore at 06:43