"THE expert steering group set up to oversee the introduction of the SNP's state guardians has been secretly scrapped by Ministers. At what turned out to be the final meeting in May last year, Police Scotland raised concerns that "high-risk children" were no longer the "focus" of the universal approach. The minutes of the Girfec (Getting It Right For Every Child) Programme Board also make it clear that none of the members were expecting their work to be cancelled..." 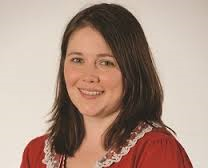 
"The Scottish Government refused, saying it was `essential for Ministers and officials to be able to meet and hold confidential discussions with external stakeholders`."


"Now, after being asked for minutes of subsequent meetings, it has emerged that the programme board has in fact been scrapped altogether..."


"Liz Smith, the Scottish Conservatives' young people spokeswoman, said: "This seems an extraordinary situation given that it was quite clear from the minutes of the last meeting that the board would continue until implementation was complete in 2016..."


"Earlier this year, the Sunday Express exposed a police warning that vulnerable children were falling victim to "further criminal acts" due to the "significant time delay" caused by the complex Girfec legislation. And last week teaching unions told MSPs at Holyrood that paperwork created by the Named Person scheme was now the biggest burden on headteachers in Scotland."


"Simon Calvert of No To Named Person, which is spearheading the court challenge to the legislation, said: "It’s quite clear from the minutes that this board fully expected to meet again so its demise came out of the blue. Police concerns that the Named Person approach may move the focus away from high risk children was by far the most significant item discussed at what turned out to be their last meeting."


"If it is true that the Government closed the board down because they didn’t want it exposing the risks created by their Named Person scheme then this is a resignation issue for the minister..."


http://www.express.co.uk/news/uk/621161/SNP-ministers-secretly-scrap-expert-steering-guardians
Posted by Alice Moore at 12:28