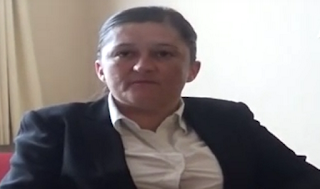 On UK Column News,(27.11.15) Brian Gerrish provided an update for those concerned to know how Melanie Shaw is managing after being threatened by the Nottingham housing authority with eviction.


He said: "Melanie was evicted from her home of twenty five years in Nottingham.. She was given a new home but the day she moved in she was asked to sign an eviction notice.  Melanie was very puzzled about this."


Brian Gerrish asked: "What was this? Was it sick, was it intimidation, was it mind games being played by the Nottinghamshire establishment?"  He didn`t know.  "But the situation at the moment is that Melanie is in quite comfortable housing. She is in a different area of the city. "


"She was forced out of her home of twenty five years in Nottingham, but the accommodation she is in at the moment we are not sure whether this is permanent or temporary. And, of course, Melanie has got to face more court hearings . On 4th December she`s got another court case where the public protection officer from Nottingham Police is accusing Melanie of harassment . So that is a very interesting turn up for the books. And Melanie faces a further charge of harassment in June next year."


"So we will update you on what happens but our take on this is, of course, that this is a very brave lady who has blown the whistle on substantial child abuse within the Nottingham care home system and has consistently suffered since she stepped forward to tell the truth."


Attempts by UK Column to engage Justice Goddard in offering Melanie Shaw some kind of support had so far failed.

The last piece of correspondence from Goddard`s office had merely stated:

"I understand your concerns but unfortunately the inquiry does not have the express duty of care to individuals to which you refer, although of course we understand the need to engage sensitively with victims and survivors and other members of the public."