How the state silences whistleblowers 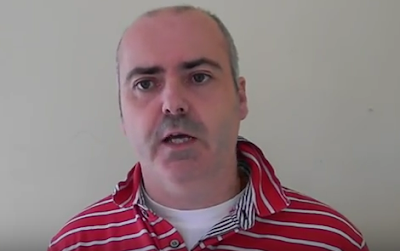 
The Docherty family
The UK Column has uploaded more audio tapes documenting what has happened to the Docherty family after a man approached them and offered £25,000 to have access to their autistic son.


"From the moment this couple reported those facts to the police," says Brian Gerrish, "they`ve been harassed, hunted; they`ve had to leave their house. They`ve had all of their children taken by the state and they have now disappeared. We have their testimony. We`re going to make sure the rest of that interview by David Scott of Northern Exposure becomes available. We`re going to encourage people to listen to it."
"But where is this couple? We think they`re currently held somewhere by the state in southern Ireland. That`s where they`ve gone for sanctuary. But as we`ve labelled there, this is a family that`s now effectively become like the South American disappeared. People get too close to the state and they literally disappear into the police and psychiatric gulag."
Melanie Shaw


"And if that case is not enough, I`m really sorry to have to say that child abuse survivor and whistle blower Melanie Shaw is now back in prison. We believe she`s in HMS prison Foston Hall. How has she got there? Because Melanie became increasingly distraught at the fact that her son - taken away by the British state - was, according to Melanie, being abused in care."


"So a child abuse survivor, brave enough to blow the whistle, then has her own child taken by the British state until she`s under such psychological pressure that she posted something on the internet and the next minute she`s back in prison."


"I have to say that watching Britain in 2016 - if we want to know how to get the lid off the quality of people we`ve got in Westminster - stick with the subject of the children because child abuse and the blackmail that follows it is the key weapon."

Update 29.6.2016:  Janice and Brian Docherty are reported to be safe and well but forced to live a secret existence due to ongoing harassment.
Posted by Alice Moore at 13:29