Bodnariu family to be reunited 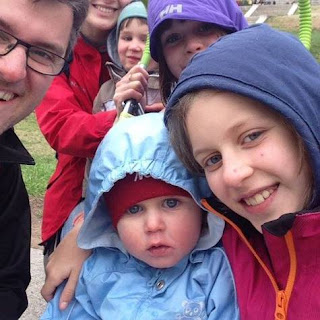 by Jayme Metzgar
"A child welfare case in Norway that has been grabbing headlines and stirring protests worldwide came to a sudden end late last week."

"The story... centres on Marius and Ruth Bodnariu and their five young children. Marius, a Romanian citizen, and Ruth, a native Norwegian, first ran afoul of Norway`s child protective services (called Barnevernet) in November 2015. After privately interviewing the family`s two oldest daughters at school, Barnevernet abruptly took all five children into emergency custody: First the girls, then the younger boys, and finally the three-month-old baby..."

"What began as one family`s harrowing story soon widened into an overall look at Bernevernet`s practices and raw power. Norwegian law grants enormous authority to local CPS offices, allowing them to seize children, place them in foster care, and even move to terminate parental rights, completely outside the framework of the judicial system and its rules of due process..."

"The Bodnarius’ story soon sparked anti-Barnevernet protests at Norwegian embassies and consulates around the world. While Norway defended itself in the press, the Bodnarius’ infant son, Ezekiel, was quietly returned to his parents this April. Still, the local CPS pushed forward with its plan to declare the four older children permanent wards of the state. A final set of hearings—before a non-judicial `County Social Welfare Board"—began on May 30, 2016`."

"On Friday, June 3, the family website joyously announced the results of those hearings: Barnevernet had finally been forced to drop its case against Marius and Ruth Bodnariu, reaching an agreement to return their children. Because the case was dropped rather than ruled upon, there can be no appeal. After seven long months, Eliana, Naomi, Matthew, and John will finally come home..."

"While Norway’s defenders might point to this outcome as evidence that its system worked, Peter Costea, a Texas civil rights attorney who donated hundreds of pro bono hours to the case, vehemently disagrees. `The Norwegian system did not work,` he told me. `But for the international pressure on Norway, the children would not be home with their parents today. They would still be where they were back in November. I’m 101 percent certain of that`...."

"Donnelly* echoed the call for vigilance, and not only in Europe. `Regrettably, Norway is not alone,` he said. `Most western countries have CPS systems that are growing into bureaucracies that refuse to respect the family as the basic unit of society. Too many governments are too willing to traumatise children and families over minor disagreements`."