﻿As an example of the way EU legislation has embedded itself into society, UK Column looked at education. There are a series of organisations and documents which came to light through Beyond the Comfort Zone which was produced by a group called the Institute of Global Ethics.

Said an attendee at the Five Nations conference: "It was a delight to be around so many individuals all committed to moving the work on education for citizenship forward within our own contexts."

Looking at the backers behind the conference, Brian Gerrish discovered that there was a mixture of quangos, advisors, consultants and the government. For instance, among the backers there was the Department of Education and the head of the Pupil Engagement Team, Welsh Assembly government.

Checking out the Institute of Global Ethics Board of Directors, there are links with Bluefin Trading, a proprietary trading firm and other very large accountancy firms. "This is all corporatist agenda," says Brian Gerrish. "So the people who are setting the policy for children have just come straight out of the boardrooms of very powerful global corporations."

"Let`s have a look at this one: The Five Nations Network because they`re linked in... Here`s the Council of Europe. This is what they say about themselves: an international contact group on citizenship and human rights and they`re very big on education and they also say... they are going to work to mould the attitudes and behaviour of children."

"So the European Union is buried at the heart of this pernicious network and they are fully advertising that what they are after are the minds of children."

"So here`s one of the corporation documents: Letter of cooperation in view of establishing the International Contact Group on Citizenship and Human Rights Education. "


Putting all the information together: "Here`s the European input, The Council of Europe. We`ve got some very strange foundations. This is the Gordon Cook Foundation and they also link in to the Association of Directors of Education in Scotland. And we`ve also got another trust over here, the MacRobert Trust. Not really sure what they do at all ... Here`s the Institute for Global Ethics. Back to the Network Document and here`s the admission that this is basically about the war for children`s minds. We`d better add in the United Nations on the far right of your screen."

Update from UK Column Friday which continues the theme:

David Scott was talking to Brian Gerrish on Friday 11 March 2016 about the assault on 16 year old Bailey Gwynne at his school in Aberdeen and who later died of his injuries.

At the press conference after the guilty verdict (culpable homicide) of the assailant, it was the head of Child Protection Services who talked to the BBC. It was a very odd, creepy and strange presentation, thought Scott, because she talked about both children and she talked about how tragic it was to die as a child and she talked about the assailant as a child. It was a matter of two children. She talked about how grateful she was for all the work that had been done by the headmistress, the staff at the school and the pupils at the school and how they viewed Bailie as one of us. And she didn`t mention the family, the whole way through this press announcement; she didn`t mention the family... So that then raised the question, could there be something more happening behind the scene here? Who is this person?"

Brian Gerrish interrupts to say: "Can I assist here David?  We actually had this - I think it was Monday, when we initially showed this. We were looking at a very interesting network of interests and organisations around schoolchildren, principally in Scotland, but with some links south of the border. So we had the Five Nations Network . That was linked into the Council of Europe, the Association for Citizenship Training and with the Honourable Lord Blunkett connected with that; and down at the bottom we`ve got the Gordon Cook Foundation which is the organisation this lady Gayle Gorman that you were speaking about is connected to. And just before I hand it back to you I`ll continue the links. So we`ve got the Association of Directors of Education in Scotland involved. We`ve got the MacRobert Trust. We`ve got the Institute for Global Ethics which we`ll cover in a minute. We`ve got Beyond the Comfort Zone - this is the document talking about education; and then this was one of the statements from that document which said that
basically there`s a war for children`s minds going on. And the last bit of the jigsaw was linked to the United Nations."

"So I think this led you to a thing called Values Education. "

David Scott agrees. "Very quickly it led to some very strange places. So this is Gayle Gorman who is Director of Education and Children Services Aberdeen Council and her background is she was from the Department of Education at Cambridgeshire County Council; so a time served public sector person in this field and she`s a trustee of the Gordon Cook Foundation who are linked to a huge network which you`ve expressed there on that slide - a huge network of non-governmental organisations, think tanks, and they`re all independent and you could cut the independence with a knife. But they`re all going down a particular route and one of those routes is values education and they talk explicitly about this and in glowing terms."

"So what is values education? Well here`s the definition. Values education is an activity during which people are assisted by appropriately qualified adults in schools, homes, clubs and religious and other youth organisations, to make explicit those values underlying their own attitudes; to assess the effectiveness of these values for their and others` long term well-being and to reflect on and acquire other values which are more effective for short term and long term well-being."

"So what this is about is changing people`s beliefs. This is the state changing how we think, changing what you believe, changing your values and it is explicitly an attack on Christianity. That definition is from a paper in which the author goes on to say religious, moral, personal and social education, for example, should be scrapped and replaced by values education. So that`s the agenda. We`re going to get values education coming in, and values education is about changing values. It`s about changing the values our young people gain from their homes and their parents and from broader society. The state doesn`t like those values. They`ve to be changed and the state`s approved values are going to be inserted."

Brian Gerrish says: "The next slide we`ve got here is Citizenship and Values Education and of course you`re pointed out quite rightly that this organisation that`s connected through to the Gordon Cook Foundation and Global Ethics is being funded by - well here we are - Fords, Kellogg`s, David and Lucile Packard Foundation and the Carnegie Foundation."

"So when we talk about government implementing these things it`s a pretty loose definition isn`t it ? Because when we look at the funders it`s not the government, it`s big corporatist interests, albeit tied up in independent foundations."

David Scott agrees. "So much of this comes from the tax exempt foundations that seem to influence and in many regards steer government. You look at some of the things the government are doing and you think that looks strange; that looks unusual; where did that come from? And you find it`s the tax exempt foundations.  Beginning a quarter of a century or more ago, they`ve been working towards this agenda and patiently introducing it into public life."

"Indeed," says Gerrish.  "And what about the TAN Dance then because this is a fascinating one that you`ve found linked in?"

"As I was looking at these they linked to TAN Dance which I thought was a strange sounding organisation. What are they all about ? They are an organisation based in the South Wales area which I associate with the teenage suicide cluster. ..So what are they doing? They are teaching joy through dance but the underlying philosophy is a surprising one. It comes from Friedrich Neitzsche who is famous for his view that God is dead, that we are going to replace Christianity with various forms of philosophy and culture. He was nihilistic, had a breakdown and he committed suicide. So this seems a strange, nihilistic approach, where there is no such thing as right and wrong; there is no such thing as absolute values; everything is whatever you want it to be - to be teaching our young people in an area where lack of hope and lack of optimism is resulting in an extremely alarming rate of suicide of people who have their entire lives ahead of them."

Gerrish says: "So this is indeed a war on children`s minds. It is very interesting that these organisations claim to be helping children in their education and in their development as individuals and are describing a war going on." 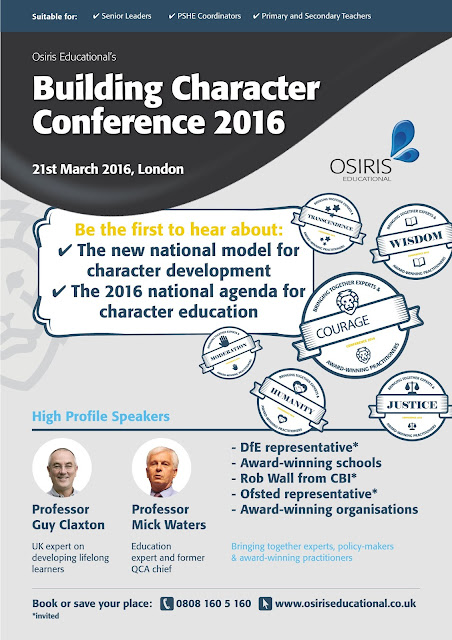