"A child welfare expert accused of falsely claiming to be a doctor is facing a disciplinary hearing."

"She is accused of falsely claiming to have a PhD in psychology from Stirling University and presenting herself as a doctor between 1995 and 2012." 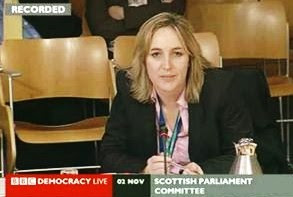 "The charge against her states that she submitted a CV for a Stirling University teaching assistant post, a job she started in 2012, which claimed she had a PhD from the institution awarded in 1995."

"She is also accused of submitting an application form to Aberlour Child Care Trust, stating she had the same qualification, for the position of service manager of Scotland's Child and Family Assessment Centre, a job she took up in 2010."

"Ms Stewart, 46, is also said to have used the false credential on a website advertising a child and family consultancy run by her."

"The SSSC charge also says she prepared 59 child and family assessment reports between 2003 and 2011 holding herself out to be a doctor in the knowledge they would potentially be relied on by sheriff courts and children's hearings."

"She is also alleged to have falsely used the title `doctor` when promoting the launch of Aberlour's Child and Family Assessment Centre, while running a session at the National Early Years Conference in 2010 and while giving evidence at the Scottish Parliament's Finance Committee in November 2010."

"The four-day hearing is taking place in Dundee."