Social worker struck off register after relationship with vulnerable boy 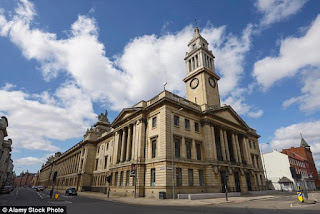 "A social worker has been struck off the register after engaging in a sexual relationship with a 'vulnerable' teenage boy."


"Claire Runkee, 38, was struck off the register of social workers after her relationship with the 16-year-old, during which she took him to a hotel for the night and sent him a string of explicit messages."


"At a Health and Care Professions Council (HCPC) hearing it emerged the boy - who was placed with his foster carers at the age of four and known as Child A - had to undergo therapy after the liaison was uncovered."


"Ms Runkee was caught when the boy's foster carers saw more than 100 'graphic and sexually explicit' messages on Facebook."


"She qualified as a social worker in 2012, and had been working with a children's safeguarding team for a year before developing 'a friendship' outside of work with Child A."


"The boy was vulnerable, had struggled at school and was under a care order."

"His foster carers saw the Facebook messages from Ms Runkee between January 1 and February 13 last year, which showed she had 'placed pressure' on the boy not to reveal their relationship."