"A woman who battered a toddler to death months after she was made the child's legal guardian has been found guilty of murder."


"A post-mortem revealed she died from a combination of septicaemia, infection, blunt chest trauma, and old head injuries..." 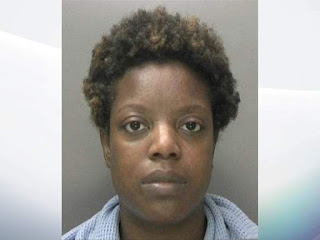 "In January 2015 she went to live with Kandyce Downer who became the child's legal guardian."


"At first the child was `healthy and happy` while living with Ms Downer, who was studying a full-time business course."


"In the three months before her death, Keegan was not seen by any independent care professional, including medical staff or social services."


http://news.sky.com/story/1689450/barbaric-foster-mum-guilty-of-toddler-murder
Posted by Alice Moore at 17:32