"Parents whose children have been sectioned under the Mental Health Act are taking legal action to get them treated closer to home."

"Last year, almost half of under 18-year-olds with learning difficulties were placed in hospitals more than 60 miles from home and families have begun to campaign for change." 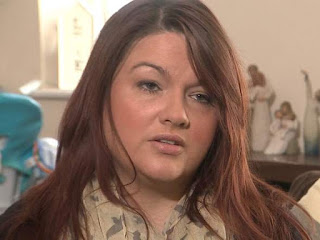 ﻿
Adele Hanlon has launched a petition to get her son released

"Eddie Hanlon, 16, has autism, bipolar and epilepsy. For the last two years he has been in a secure unit in Newcastle, 300 miles from his Bristol home."

"His mother Adele gets to see him just once a month and she has set up an online petition to get him out of hospital which has more than 64,000 signatures."

"Last year, the Government announced it would spend £1.bn on children's mental health care over the next five years and the Department of Health says it is delivering on its commitment to young people's mental health."

"NHS England insists more beds are being made available and additional investment will help. However, the Government says change won't happen overnight."

http://news.sky.com/story/1696244/legal-challenge-over-childrens-mental-health
Posted by Alice Moore at 15:42