Survivors from Shirley Oaks to be compensated 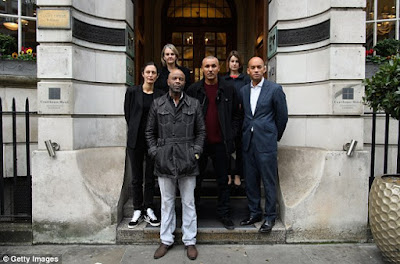 A council will pay up to £40million compensation to thousands of former residents of a care home where abuse took place on an ‘industrial scale’.

"The biggest payout of its kind was authorised yesterday after an explosive report claimed to have uncovered widespread sexual and physical abuse of at least 700 children over 30 years. Lambeth council took the unprecedented step of agreeing to pay compensation to every former resident, even if they did not suffer abuse."

"Blanket payouts were offered because the council felt that all children were judged to be at risk. Those who suffered abuse will receive larger compensation payments."

"Yesterday’s report claims senior figures at the council covered up multiple assaults – allowing staff at the home to carry on ‘abusing in packs’. Football coaches who had links to Chelsea scout Eddie Heath – named as a paedophile by former players – were also named as paedophiles at the home."

http://www.dailymail.co.uk/news/article-4037852/700-former-residents-children-s-home-centre-sexual-abuse-industrial-scale-set-multi-million-pound-payout-carrying-investigation-scandal.html
Posted by Alice Moore at 08:01