According to the Dartington Social Research Unit (DSRU), it is an independent charity that brings science and evidence to bear on policy and practice in children's services.

Among their trustees is Naomi Eisenstadt CB who happens to be poverty advisor to the Scottish government. This independent charity has burrowed its way into the heart of government. The proposition is that evidence-based prevention and early intervention will eradicate poverty. It is a gross misrepresentation of the current economic situation. People need jobs that offer a living wage, not early interference in their parenting. 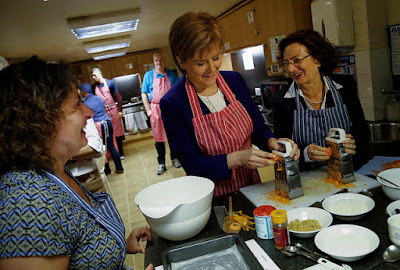 Regardless, the Dartington Research Unit has some wonderful things to say about itself. "We have a reputation for being represented by intelligent, provocative, nice people who are passionate about improving the well-being of all children... Our staff and trustees exude our values for innovation based in science, high quality evidence and logic."

When they write about science they are referring to data obtained from very dubious surveys and when they use the term innovation they show that they are prepared to use trial and error studies on whole populations of children and families.


"In 1999 we published Prevention and Early Intervention with Children in Need. This book encouraged policy makers and commissioners to learn from the US and to invest in what works, and made the case for higher quality evaluation, particularly more randomised controlled trials (RCTs). This was not a popular position to take."

No, and neither was the Evidence2Success survey popular that was inflicted on the children of Perth & Kinross Council, using their place based reform approach. Asking fourteen-year-olds if they ever carried a knife to school or if they had anal sex during the previous 30 days was not considered nice at all by protesting parents whose informed consent was not required. Read Dee Thomas`s first hand account. She makes the point that Evidence2Success underpinned the planned Named Person scheme and it is true that had the Supreme Court not ruled against the data sharing aspects of the Children and Young People Act, then the Scottish population was ripe for data mining.

But there is more going on than simple data mining and the clue comes from the Dartington Research Unit itself. It tells us that it has a product focus, turning ideas into things that policy makers, practitioners, children and families can use..."We help charities, social enterprises [see previous post] and children’s services agencies to design, test and refine services."


In other words, while they obtain public funding for their ventures, they are designing products for social enterprises and charities. This is the third way, Big Society and the fragmentation of the welfare state. Since it will be mainly volunteers who man the frontline services - think of Childline - it will be the managerial class who soaks up taxpayers money.

"We were thought to be maverick and very much on the periphery of children’s services research and policy. It was hard to imagine that by 2015 our views would have become mainstream, that there would be six ‘What Works’ centres in England, and that RCTs would have their proper place in the evaluator’s toolkit."

Oh it has been on the cards for a long time I would say, but see how nicely they feign surprise. I think they have had a little help from their friends.

"While we value the huge contribution of the US prevention scientists, we are increasingly looking ‘East and not West’. Thanks to support from the European Commission, we are collaborating with centres across Europe to recognise smart, robustly tested European innovations."

And no thanks to these nice people for turning Scottish schoolchildren into guinea pigs. It is time to stop collaborating. 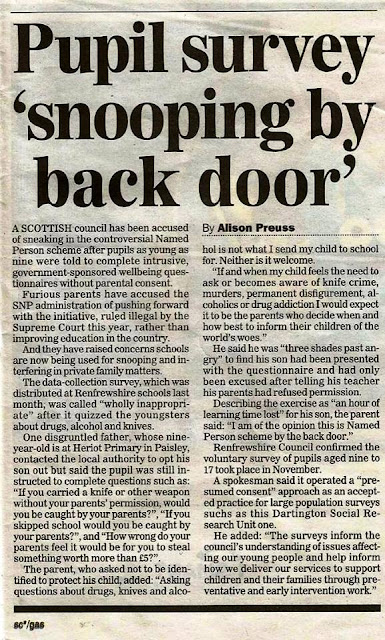