[Because population birthrates generally decline as people become more affluent, there seems to be a solution here that is not being discussed in the BBC2 programme, `7.7 Billion and still counting .`]
Professor Danny Dorling, School of Georgraphy and the Environment, Oxford University explains why the population is increasing. "If you look at the world as a whole, the growth depends on life expectancy. Everyone is here on average, longer. So at any one time there are more of us. The second fact is how many babies we have. And tiny changes in the number of babies we have will have a big effect in the future." 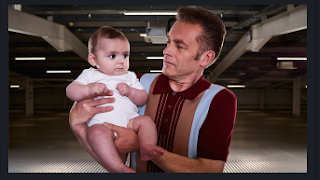 Christ Packham informs viewers that the replacement rate fertility is 2.1 babies per woman. If the population birthrate was maintained at this level the birthrate would eventually stabilise. "But currently, the global average is 2.4 babies, and that tiny difference, applied to a large number of people means that our population is continuing to grow.  And because 2.4 is an average, there are parts of the world where the birthrate is still much higher." [i.e. third world countries]

There are also parts of the world where the birthrate is very much lower: 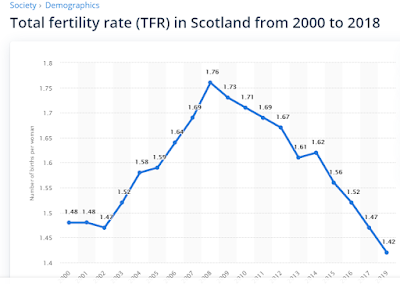 `7.7 Billion and Still Counting` can be seen on BBC iplayer for the next three weeks.
Posted by Alice Moore at 07:12