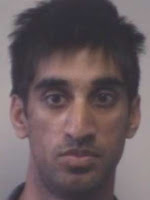 "A Reading man has been banned from practising as a social worker after he was convicted of distributing and possessing indecent images of children. "


"Mudassar Khan, from Reading, was jailed for two years and eight months in December at Winchester Crown Court after pleading guilty to 17 charges.  The charges related to more than 6,000 indecent images of children."


"He has now been struck off the Health and Care Professions Council (HCPC) register."


"Christine Mills, who chaired a panel of the conduct and competence committee, said: "The matters involved are so serious that they are arguably beyond repair and will have had lasting damage on his reputation and his profession."


"The nature, gravity and number of images involved, the fact that they had been distributed, and the age of those involved were such that the panel came to the decision that the only proportionate and appropriate measure in this instance is to remove the registrant from the register."


"Khan, 26, worked in Southampton and Portsmouth and had contact with at-risk children as part of his social work duties."