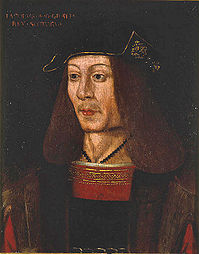 Here is one way to get a large number of men to volunteer their DNA for genetic research:

"GENETICISTS are peeling back almost a thousand years of Scottish history to trace the men alive today whose DNA marks them out as belonging to the royal Stuart bloodline."


"Around half of men with the Stuart or Stewart surname - regardless of the spelling - are believed to carry a unique marker in their Y chromosome which identifies them as the direct descendants of a 13th Century nobleman who fought alongside William Wallace and whose subsequent lineage includes the Stuart monarch, James VI of Scotland."


"Researchers are now keen to recruit as many men as possible to build an accurate picture of the Stuarts' genetic dynasty in modern Scotland."


"In the run up to Father's Day on June 21, Scotland's DNA is offering cut price genetic testing to encourage as many men as possible to have their ancestry unlocked. "


"The offer is only open to men as women do not carry the all-important Y chromosome where the S781 royal marker is found."
http://www.heraldscotland.com/news/home-news/royal-scots-geneticists-launch-bid-to-trace-stuart-dna-in-modern-men.128648641
Posted by Alice Moore at 18:20

Email ThisBlogThis!Share to TwitterShare to FacebookShare to Pinterest
Labels: miscellaneous