"In the northern Italian city of Trieste, parents are in uproar over a taxpayer-funded elementary school program that includes dressing little boys as girls and girls as boys to overcome so-called "gender stereotypes." Schools are calling the exercise "the game of respect," which purportedly adopts many guidelines from the European standards on sex education, attributed to the World Health Organization."


"The so-called "game of respect" consists in a box containing several cards, presenting the figures of different working roles: male and female housewives and husbands, male and female plumbers and firefighters, with the figures represented in exactly the same way to show that males and females are completely interchangeable."


"There is also a card with a game called "If he were she and she were he," where boys and girls are expected to exchange the clothes they are wearing: the boy dresses as a girl and the girl as a boy, and they discuss how they feel in that new "role." 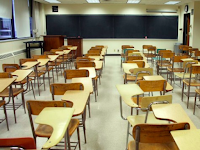 "Parents are especially up in arms over the school district’s attempt to conceal the program and its contents from them. The father of one of the children, Amedeo Rossetti, said that in early February, he attended a PTA meeting where the program for the second semester was presented. When Rossetti posed specific questions on issues of gender, school administrators categorically denied the presence of gender-based activities at the school."


"One of the goals of the protesters is the enforcement of European art. 26 regarding "informed consent," whereby parents can ask the school to be informed before their children are introduced to courses with themes like those regarding gender theory."


"Parents are also protesting a sex education program for kindergarten students intended to highlight the similarities and differences between boys’ and girls’ bodies. The program involves one child lying down and the others placing their hand first on the child’s heart to feel how it beats, then on the diaphragm to feel it rise and fall. The text reads that "obviously in the genital area children can see that they are made differently from one another." Though the text does not specifically state that the children are to touch each other in the genital area, parents are complaining that it is "understood."

I cannot imagine the children will be encouraged to touch each other inappropriately but when hands on gender lessons are sneaked into the classroom parents have a right to be anxious. What is most likely to be behind the lessons is that, by suggestion, the idea of inappropriate touching will be planted into children`s minds at the earliest age possible.

At least it is recognised that gender bending lessons and kindergarten sex education originated with the European standards via the World Health Organisation.  A consolidated effort is being made to wreck family values totally; so parents do need to be vigilant and insist on `informed consent` for their little ones. Easier said than done sometimes.

One thing parents should never do, I believe, is to succumb to the guff coming from these organisations about children`s wellbeing, as if their experts know best. Their agenda is world domination.  Warping children`s minds and leaving them without strong family ties in their `anything goes future` is the means to that end.

See a critical analysis of Agenda 21:
http://www.thegoodmanchronicle.com/2013/11/a-critical-analysis-of-agenda-21-united.html?m=1
Posted by Alice Moore at 17:39