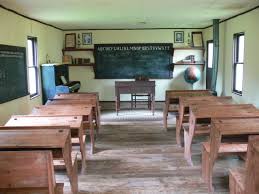 Unbelievable as it may be, workforce education is going to begin in nurseries and primary schools. There is a one-day conference in Perth on 24 March 2015 with that theme.


This one-day conference - Developing Scotland's Young Workforce in primaries and nurseries - is being delivered in partnership by AHDS, SCEL (Scottish College for Educational Leadership) and Education Scotland. Free to attend – Book here

(AHDS is a union dedicated to school leaders.)

As Walter Humes, visiting professor of education at Stirling University, has said:

"It is high time that the complacent rhetoric of Scottish education ("partnership", "consultation", "consensus", etc) was exposed for the sham it is. For too long the teachers who have got on in the system have been deferential and conformist: we need challenging thinkers who ask hard questions."

Will hard questions be asked at the Perth conference? That is doubtful.

According to Education Scotland: "The Commission for Developing Scotland's Young Workforce was set up in January 2013 to provide recommendations to Scottish Ministers on how Scotland's approach to vocational education and training could be improved, and how the Scottish Government could get more employers involved in all aspects of education and employing more young people."

"Preparing all young people for employment should form a core element of Curriculum for Excellence. Senior phase pathways should include industry-recognised vocational qualifications alongside academic qualifications."

The Scottish Government assures us that:

At the heart of our programme is a commitment across Government and our delivery partners to advance the interests of all our young people. By offering young people - from as early as during their primary/nursery school education - a clear picture of all the career choices available to them, we will equip them with the skills and knowledge to make more informed choices throughout their school studies and beyond. This underlines the Government`s commitment to fairness and social solidarity."
http://www.gov.scot/Publications/2014/12/7750/7


Here are some questions:

(1) Why should more employers be involved in all aspects of education?

(2) Will employers` involvement really improve Scotland`s vocational education and training given that children are being educated for jobs that do not yet exist? (The Commission`s words not mine.)

(3) Is getting children ready for the future workforce not a very limited view of the purpose of education?

(4) Since nursery and primary schoolchildren cannot know their own minds - which are still developing - is it not best to keep their future career options open as long as possible?

(5) Is directing very young children towards particular career choices not an example of social engineering rather than an indication of fairness and social solidarity? (Whatever social solidarity actually means in this instance.)

(6) How does GIRFEC (and the named person) which is at the core of Curriculum for Excellence fit into this agenda? Will the Named Person`s aspirations for a child - or lack thereof - supersede a child and family`s thoughts on the matter?

(7) Is the data gathering, which is to be done by the Named Person, FOR THE CHILD or their future employer? (There are warnings from the United States that children`s data is being gathered for future employers.)

There are so many questions, none of which are likely to be addressed.

Lindsay Paterson, Professor of Educational Policy at Edinburgh University, recognised that Scottish Education once had a system based on traditional hierarchies of knowledge that endured far longer than they did in the rest of the UK, or indeed the rest of the world.  In other parts of the world it was believed that "hierarchies of knowledge were alienating to working class people, or people from different cultural and religious backgrounds, and even sometimes....girls compared to boys."

Says Professor Lindsay Paterson about Curriculum for Excellence: "My discomfort with it is that research tends to confirm that point that insofar as knowledge is a form of empowerment, then the way to empower people who are not powerful is actually to give them access to the highest status knowledge in that hierarchy." In other words, give the working class the same knowledge that is given to the elites.
Curriculum for Excellence with its emphasis on skills and competences rather than knowledge, and vocational and work training, is reversing that traditional Scottish education which gave working class people `equality of opportunity.` It does this while pretending to be interested in fairness and `social solidarity.`