On Friday`s UK Column Mike Robinson said to David Scott: "You`ve published an article on the Column on the Named Person scheme. You said to me earlier... there`s quite a lot going on in this area. Give us an update."

On screen appears a picture of Lesley Scott shown in the article: Incompatible with a free society.

"Well this is from a meeting in Dundee on Monday. Originally we tried to get a debate but the organiser couldn`t find anybody to debate the government side. So it was in fact three speakers on the subject of what`s wrong with the Named Person scheme. With it being in the university there were a lot of people attending from social work and education courses. So that was very good; they were getting a different viewpoint from what`s quite clearly been taught in the university... and there was a further debate later on this week which was again a very striking win for the side opposing the Named Person and showing the origins which go back to Tony Blair and Tony Blair`s determination to intervene before birth in order to sort out these nasty problem families in a way that only the caring state can do."

In the article referred to, Lesley Scott of the Tymes Trust lists some of the strategies being used by practitioners in Scotland to gather data on all children and their families, regardless of the ruling of the Supreme Court.

On the Trail with the Wellbeing Snail

The What I think Tool

I`ll just add that new projects to get close to children are being developed all the time amongst the charity sector. Here`s one example for the older child:

"Volunteer with Young Glasgow Talent and YOU can change the life of a deserving young person. Support them through their education and guide them to a positive pathway. The only qualification you’ll need is to put a young person first."

This is a mentoring system where a child is encouraged to form a relationship with an adult. There is no doubt that volunteers will have been schooled in GIRFEC and the wellbeing indicators. Children are encouraged to talk about anything they like.


The next meeting of Northern Exposure will take place on Sunday 5 February, details below. 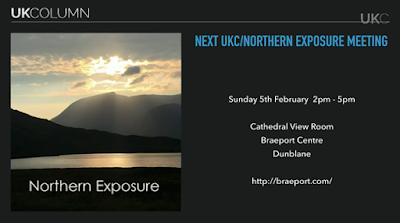