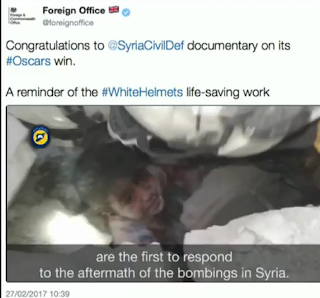 Vanessa talked about the video footage of a one year old child being attended to by a White Helmet responder whose method of stabbing a long needle into the chest of that child has been described by a medic as something that would have killed the child or seriously injured that child. The fact that there was no blood during this procedure smacks of performance, not reality.

"This is the organisation that is being given an Oscar," says Vanessa,  "given the celebrity treatment by all our governments... because they are funding it to perpetuate what is going  to be  - further child abuse inside Syria." 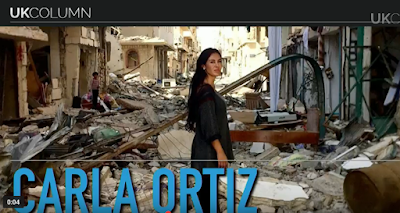 Carla Ortiz boycotted the Oscars and is bravely speaking out against this. 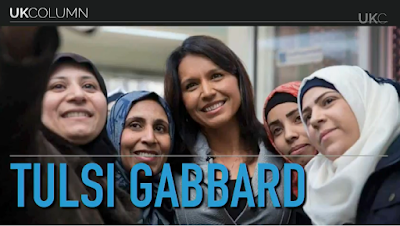 Another brave woman is Tulsi Gabbard