Don`t kiss Granny if you don`t want to


The NCB, one of the core members, reported on their website that the new survey conducted by the Sex Education Forum, based at the National Children`s Bureau (NCB), found that children and young people are not being taught about consent in school...

The survey results, released to coincide with the publication of a new resource for teachers on consent, showed that many young people did not know that under-16's are entitled to receive confidential contraceptive and STI treatment; with less than half confident that a 15 year old could get a HIV test without a parent or carer being told, and only a third aware that a 14 year old could get contraception confidentially.

So whilst family relationships are being portrayed as dangerous we can see what this survey is really about - the relentless sexualisation of children, and the resources provided to teachers to assist with that.
http://www.ncb.org.uk/news/new-survey-finds-children-and-young-people-aren’t-being-taught-about-consent-in-school
Further into the National Children`s Bureau website we find this statement: 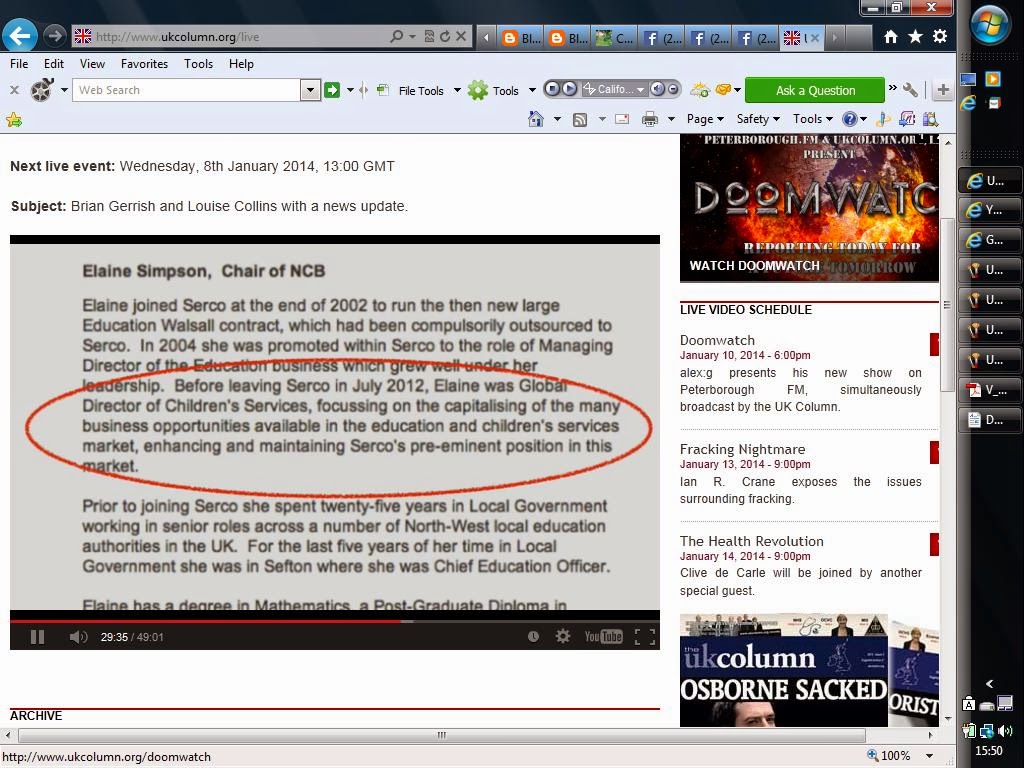 Elaine joined Serco at the end of 2002 to run the then new large Education Walsall contract, which had been compulsorily outsourced to Serco. In 2004 she was promoted within Serco to the role of Managing Director of the Education business which grew well under her leadership. Before leaving Serco in July 2012, Elaine was Global Director of Children's Services, focussing on the capitalising of the many business opportunities available in the education and children's services market, enhancing and maintaining Serco's pre-eminent position in this market.


Business opportunities in the education and children`s services market?  This gives the game away doesn`t it and explains the growing number of charities and other associations clustering around children ?

So does this statement:


We work with children and for children, to influence government policy...