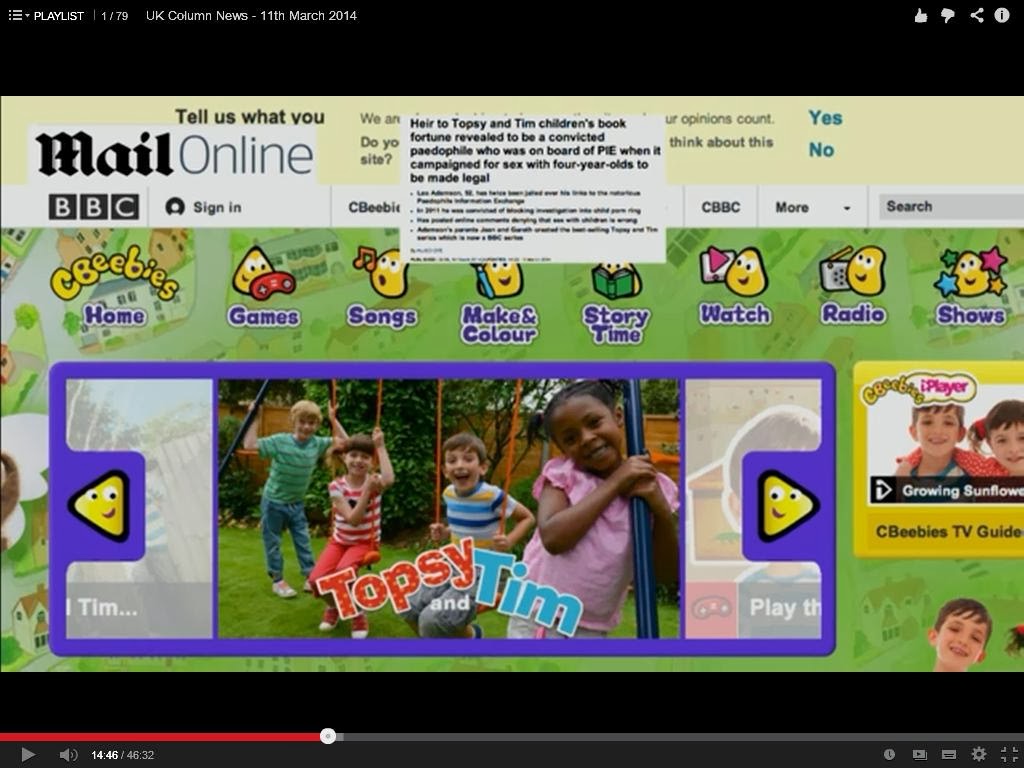 The connection between the BBC and paedophile Jimmy Savile is now well known. Less well known perhaps is the controversy surrounding the paedophile Eric Gill`s statue above the main entrance to Broadcasting House which depicts an adult with a naked boy. Despite the matter being raised in Parliament the statue remains in place. A discussion of the artist and his work can be found HERE
More recently the following article has appeared in the Daily Mail:

The son of the authors of the Topsy and Tim children's books was a leading member of the notorious paedophile lobby group PIE, it has been revealed. Leo Adamson, whose parents have sold 21million books, is said to be obsessed with underage boys and has twice been jailed over his links with the Paedophile Information Exchange.

The books, which have made their creators into multi-millionaires, were last year adapted into a BBC television series shown on CBeebies, the channel aimed at children up to six years old.