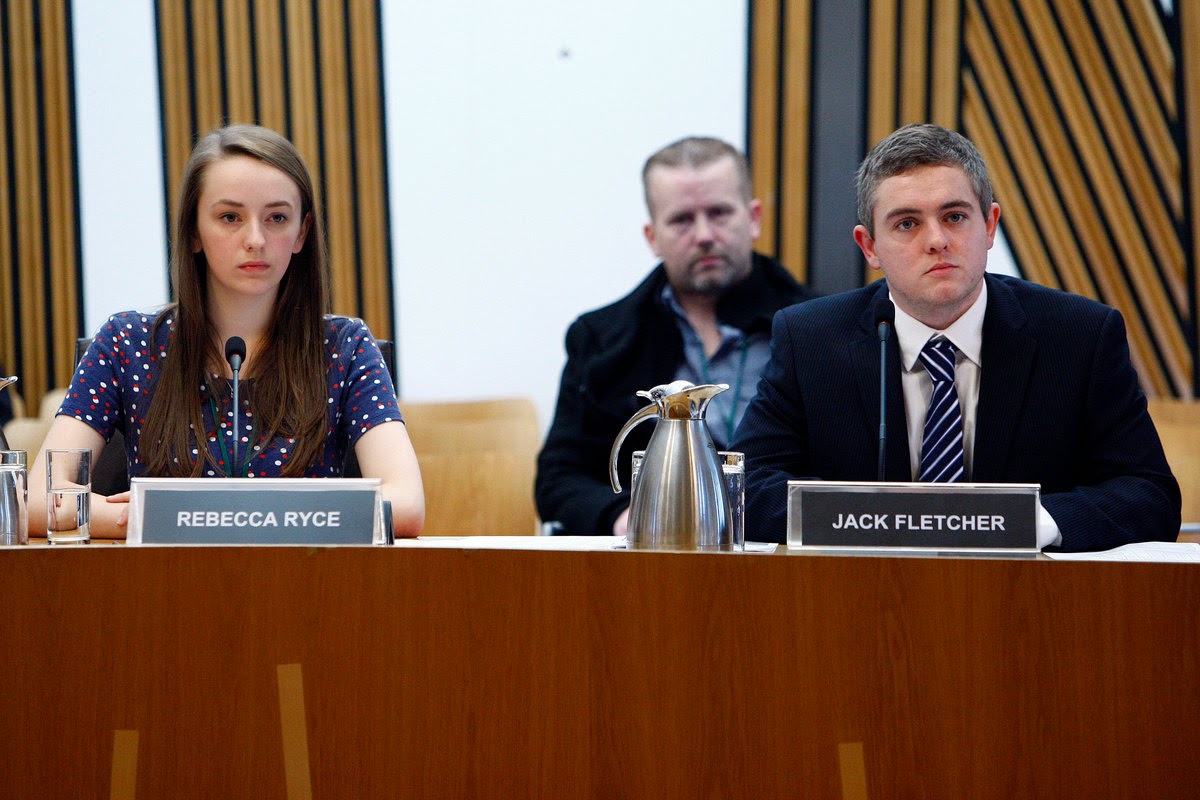 http://www.scottish.parliament.uk/GettingInvolved/Petitions/MakeSREstatutoryInScotland
The Scottish Parent Teacher Council (SPTC) is a charity which provides help, information and support to parents and carers who want to be involved in their children`s education. Through its work it is able to share what parents and carers say.

The SPTC has expressed its concern (updated 17 December) about the Children and Young People Bill which proposes that there should be a Named Person for every child in Scotland from birth until 18. The charity does not believe this proposal has been properly thought through nor does it believe it would make things better for most  children who already have parents acting in their children`s best interest. The SPTC makes the point that the parent is there twenty four hours a day, 365 days a year, unlike the 9 - 5 professionals.

It is the section in the Bill on information sharing and confidentiality that most worries the charity. It is of the opinion that it is the requirement in the Bill to share private information with the Named Person - who may go on to share the same information across services -  which will inhibit parents and children from asking anybody for help when they need it.

The recently released sex education guidance from the Scottish Government adds further complications to the issue of confidentiality because it makes no reference to parents at all. The guidance is for everyone who works with children in an educational setting, whether formal or informal.

We are informed that teachers should be fully aware of children and young people`s right to privacy in the context of disclosures made in the course of relationships, sexual  health and parenthood education (RSHP) , and the limits of that right in terms of child protection guidance. "The right to privacy is not an absolute right, and where there is a risk to wellbeing, it is acceptable to share confidential information with the child`s Named Person. "

Here`s the Christian Institute, one of the organisations who have taken legal action against the Named Person plans:


"After the release of the guidance, the Institute and co-petitioners requested a special hearing on the matter. Aiden O`Neil QC presented the case in court and Lord Pentland will consider the issue before giving a ruling."

"Earlier this week NO2NP said the new sex education guidance `beggars belief` and is `another example of the Government undermining the importance of parents`. In the section on confidentiality the guidelines make no reference to parents. Instead it says: `Staff should discuss any concerns they have with the young person and ensure they have access to confidential, young people friendly services, where appropriate. If there is judged to be a risk to the child`s wellbeing, staff should inform the child`s Named person.`"


In other words, it is possible that young people will be directed towards contraceptive and sexual health services without their parents knowing anything about it. This is even more worrying in light of the amount of work being done in schools from age 5 and onwards to keep sex at the forefront of children`s minds:

For instance, from a Glasgow City Council Management circular we are told that the approach to sex education should include active teaching and learning approaches such as focused surveys and questionnaires; discussion and debate; analysis of information, case studies and statistics; quick think/brainstorm activities; `draw and write`; role-play and drama situations; problem solving opportunities; use of audio visual, computer, and information communication technologies.

From the sex education guidance: "Curriculum for Excellence is now established in Scottish schools. Health and Wellbeing has an integral role within Curriculum for Excellence, permeating every aspect of the curriculum...Children and young people should be supported and encouraged to discuss all aspects of their wellbeing and understand the importance of wellbeing in contributing to their growth and development..."

All through school and across all areas of the curriculum children are to be encouraged to disclose intimate details of their lives which can be kept secret from their parents but can be shared with their Named Person. When does this stop being RSHP education and start to become child exploitation and child grooming? See also http://www.scotsman.com/news/education/state-guardian-scheme-provokes-further-fury-1-3633482

Children as young as 12 are being given contraceptive implants. At least five Scottish health boards have given long-term birth control to girls who are barely out of primary school. The schoolgirls are among almost 3,500 minors to have had the slow-release devices inserted in their arms – many without their parents’ knowledge, even though they are under the age of consent – since 2010.