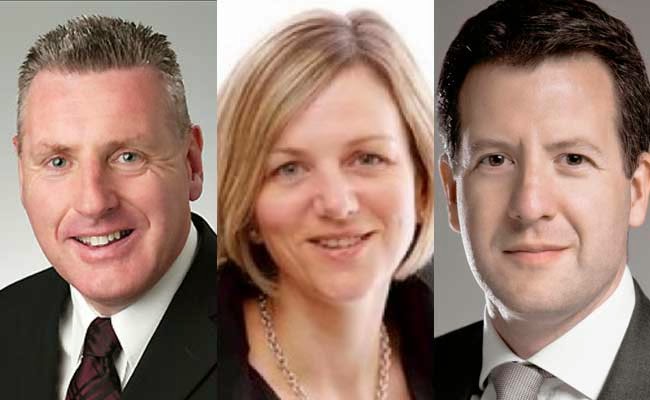 Three Nottingham MPs, Vernon Coaker, Lilian Greenwood and Chris Leslie have so far failed to respond to UK Column enquires as to their action to help Beechwood victims and protect other children from abuse. Their silence says much.  The Beechwood Children’s Home abuse witness is being held in Peterborough prison after unknown police action on Thursday, 10th July, and a secret court hearing on Friday, 11th July 2014. For the personal safety of the individual and in the wider public interest we are naming the witness as Melanie Shaw.

Despite telephone calls by UK Column and members of the public to Nottinghamshire police over the weekend, we were unable to establish the precise whereabouts of Melanie. We remained concerned for her safety in light of civilian police staff claims that she was safe, without any supporting facts as to what had happened, or where she was being held. Late on Friday afternoon Melanie Shaw’s solicitor was also unaware of the police action or his clients location.

At 1127 on Monday, 14th July we received a call from a friend of Melanie who informed us that she was being held in Peterborough prison after being picked up by Nottinghamshire police on Friday and held in cells overnight. After a Court hearing the following day, for which it is still not known if Melanie had proper legal representation or the benefit of public and press attendance, she was remanded to Peterborough prison. This category B prison run by Sodexo had a reputation in 2011 for drugs, bullying and violence. As the country’s only male and female prison, it has a maximum capacity of 840 and boasts a Mother and Baby Unit for 12 mums.

Melanie’s incarceration appears to be based on allegations that she set fire to a neighbours shed - a charge which Melanie denies. Melanie has reported to the UK Column that individuals linked to her bail conditions had been harassing her in recent weeks.

Does the Home Secretary recognise that there have been allegations about historic abuse in a wide range of institutions, including the former Beechwood children’s home in Nottingham? Will she assure my constituents and those of other Nottinghamshire MPs that if they approach the overarching inquiry, their cases will receive a fair and impartial hearing and they will have access to the proper help and support they need? [No mention of Melanie Shaw, although she has been approached.]

Theresa May (The Secretary of State for the Home Department; Maidenhead, Conservative)
I think it important to recognise that the inquiry panel will not itself be able to investigate individual allegations that come forward. It will be looking at what happened in a number of settings such as residential care homes and trying to learn the lessons from that. On individual allegations against a perpetrator, those will be handed on to the police for them to investigate, which is entirely proper. We are working across Government to look at people’s ability to raise cases, the manner in which they will be able to do so, and how those cases will be passed on as appropriate, along with the support given to victims. Together with a number of other MPs, my hon. Friend Tessa Munt raised this matter with me earlier this week, and made a number of suggestions about how to take it forward.
[No recognition that whistleblowers like Melanie Shaw who approach the police can end up in prison on trumped up charges]

At her court appearance 25 July 2014 the barrister for the Prosecution presents no evidence and no application is made for bail.

The judge asked about the evidence which was still not in his possession. The judge referred to the only evidence being a finger/palm print and pointed out that this is normally a simple matter and they must have had the evidence for them to bring charges.

The prosecution made some fumbling remarks to excuse the lack of evidence but assured it would be available shortly.

It could be October before the court case continues. So Melanie remains on remand in Peterborough until then.