Brian Gerrish from UK Column says: "If we look to see how power is being misplaced ... we can pick up on this Guardian article. ... So here`s the headline: London could get £50m armed police base to tackle terrorism. So this terrorist threat is key to so much that is happening here in the UK and overseas at the moment."

"What do they say? A new £50m base for armed police officers in London is one of a series of measures being proposed to protect the public from terrorist attacks. So the soft sell. It`s all to look after us."

"And this is going to be in the Limehouse area: `The base, planned for Limehouse in the east of the capital, would house at least 200 officers and contain a firing range, weapons storage and other facilities, it is understood`. And the text goes on to say this is vital to ensure that the police can be fully trained and there to protect us."

"This was the bit that interested me. It says, `Details of the plans, which have been submitted by the Metropolitan police to the Mayor`s office for police and crime.` (Mopac) So this is not something to do with armed police that is debated in parliament.  It is simply pushed into the Mayor of London`s office for somebody to say, `Yeah, I think this is a great idea. Let`s get more armed police in London`."

"So where do we go? Well we go to this lady the Deputy Mayor of London, and [Sophie Linden] - we`ll come on to in a bit more detail in a moment - and if you go and have a look at the Mayor`s website you`ll see that she is the lady with all the experience to look at the police policy. She`s going to evaluate this latest one."

"And she essentially gets her powers delegated. The Mayor himself gets the power initially. He`s delegated to her as Deputy Mayor and what it means is effectively she has the same powers as a Police and Crime Commissioner in other areas of the country."

"So this woman is going to make the decision. What do we know about her? Well she`s spent quite a lot of time working in government. She was adviser to Blunkett. And when we looked at the details on the Mayor`s website it says that she`s also worked in the voluntary sector as a campaigns and policy manager, campaigning to end child poverty - they`re always involved with children and looking after the welfare of children - but it says she`s also been in the private sector as a Director of Public Affairs.

"I`ll just highlight that because I thought how interesting that it doesn`t give any more details. So we went to have a quick look and what do we come up with? Well, we note here that this was the bit that she was acting with public affairs. And it was Director of Bell Pottinger Public Affairs... She calls herself a Director from 2006 - 2008 but she`s only part-time. But this is the Public Affairs section of Bell Pottinger which is itself a public affairs and reputation management agency." 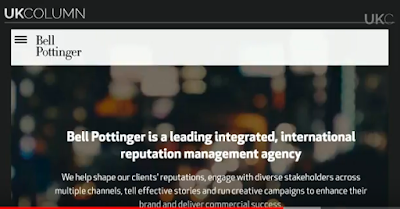 "Yeah. So I think you`d put some pretty key people in there because if you`re in amongst some dirty stuff ... as a company you want to be sure that the people who manage your reputation are fully in the picture." 
"So this is where it gets interesting. Because although it`s only two years why are we interested in Bell Pottinger? Well if we go back to reports in 2006, this is the Guardian pointing out that Bell Pottinger was involved in matters going on around Litvinenko - so this was the Russian who was poisoned. It was blamed on the KGB. Of course Putin`s name was supposedly connected with this and Bell Pottinger was in amongst some very very dirty stuff where people were being murdered. I`m not suggesting that was the result of Bell Pottinger but certainly they were handling reporting around this issue."

"We can go on. We`ve got another report here. This is about Thatcher and it`s saying that `Thatcher`s PR guru has been involved in manipulating propaganda in Iraq`. And this is where the story gets particularly interesting because Bell Pottinger had a cool 500 million dollars from the US in order to create fictitious propaganda supposedly for Al-Qaeda  and the objective was to leave this stuff around supposedly spoiling Al-Qaeda`s reputation but of course nobody knew whether this was real or false propaganda."

"And it went on. And this is into the present day. So we`ve got Bell Pottinger being accused of inciting racial hatred in South Africa. And that`s now taken a very serious turn: `PR company Bell Pottinger will go into administration tomorrow with 270 employees set to lose their jobs`."

Mike Robinson explains a bit more about the company saying that what is clear from mainstream media in the past is that this organisation is more than just about PR and reputation management. "It`s about making news stories and actually producing the news... What appears to be the case is that it`s a real 1984 type organisation where we create monsters for people to be scared of..."

Brian Gerrish adds: "So if we put the pieces together, we`ve got the situation where the Met police are saying `Well we`ve got this amazing terrorist threat` - some of it based on Al-Qaeda of course; some of it based on Isis. This is the lady who`s now going to say whether we`re going to get more armed police as a result. She was working for a company that was helping to create false terrorist propaganda." 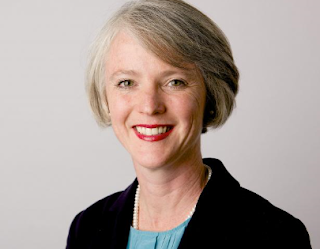 Sophie Linden
"Now we`re not saying of course that she was directly involved. We want to ask a question: Does the Deputy, or Did the Deputy Mayor for Policing and Crime, Sophie Linden, was she actually aware of the activities of her company Bell Pottinger in creating this false terrorist propaganda? We could ask another question. Is that false terrorist propaganda now being used as the excuse to say we`ve got to have more armed police on the streets?"

"Well we haven`t got answers on this but I do find it interesting that she did not want to declare on the Mayor of London`s website that the company she worked for was Bell Pottinger. I wonder why she`d be so sensitive Mike?"

An update on Melanie Shaw

"Melanie Shaw has had a particularly rough time in HMP Peterborough. She was subsequently released but shortly afterwards, where there was a trial with no public attendance or press attendance, she was put back into prison.  She went into HM prison Foston Hall and we said a little while ago - a few weeks ago - that she`s been put through to Eastwood Park, Falfield Wotton under Edge, Gloucester GL12 8DB."

"Now the lady responsible for the imprisonment of Melanie Shaw is Theresa May, the British Prime Minister.  She was in her role as Home Secretary when Melanie was first imprisoned but of course Theresa May as Prime Minister has done absolutely nothing to protect this very vulnerable lady. On the contrary it appears that Theresa May is desperate to protect her conservatie party colleagues who are now very nervous at the deepening investigations into child abuse by British politicans, including Ted Heath."

"So what can we say about Melanie? Well, when she was in Foston Hall she wrote several letters in which she was saying that the prison was out of control. There were constant lock downs. She had spent virtually a year in solitary confinement. In this letter she was talking about alarms going off, officers losing control, women smoking joints quite openly in front of the prison guards and her description was of a very dangerous environment where things were out of control."


"Well, she`s been moved. under very strange circumstances. She was moved across to the Falfield  prison and the interesting thing about this is that the governor - a lady called Susan Dymond-White, a little while ago called for the government to give longer jail sentences to help offenders who have been abused. I hope you understand this."

Mike Robinson says: "I have to say I don`t."

"Well the logic is that those soft judges have been giving child abuse victims short sentences and she says the problem with that is: `While they`re in prison we can`t help them. We can`t help them with their psychological needs and help them if they`re on drugs...So what we need are longer sentences so that we can help these very vulnerable child abuse or sexual abuse victims`.  And she says - here is the quote: `It is impossible for inmates to be rehabilitated in a few short weeks`. "

"Now if you`re wondering if this is reality: Yes, this is absolute reality. The BBC reported her words and it`s reported in other places."

"So what sort of treament has Melanie been receiving under this wonderful regime by Ms Dymond-White?  Well she`s been kept in solitary confinement again. She`s been denied access to the Samaritans [ Melanie says it is standard procedure to allow prisoners to phone the Samaritans, but not for her.] She`s been denied basic toiletries. She`s escorted by three warders - they can be male and female - at all times including for showers and the toilet and ... the doors are kept open. Melanie is being subjected to abuse of course because very often these warders are male."

"She`s been denied books; she`s been denied any form of therapeutic work such as art. She`s not getting her telephone calls. Letters are being intercepted. They`ve also refused her the opportunity to earn money to pay for small essentials and luxuries and she`s been branded as a dangerous violent mentally ill inmate. And she is told that each day is Wednesday and if you ask the time it is always `ten to two`. "

"So if we have a look at what is actually going on, Melanie is being held in what is supposedly a more open facility that has mental health facilities to assist prisoners but actually the treatment there is now more sinister and brutal than when she was in a high security prison. And we have a prison governor who thinks that you help child and sex abuse victims by giving them a longer sentence."

"So every day of the week is Wednesday. Every minute of the day is ten to two?" says Mike Robinson.

"This is how you imagine Soviet style..."

"Psychological torture. .. And this is all under the direct responsibility of Theresa May, the conservative party prime minister of Great Britain. This is the very same Theresa May that, standing on a world stage ...is telling North Korea how to behave or is telling the Russian or Chinese how to behave and remember that it is her party, the conservative party, that Tim Fortescue, party whip under the Ted Heath regime, was saying that politicians were coming to the whips and needing help. They perhaps had been involved in little boys...." 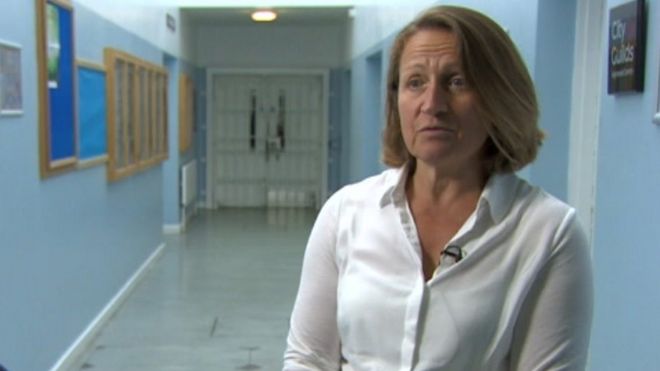